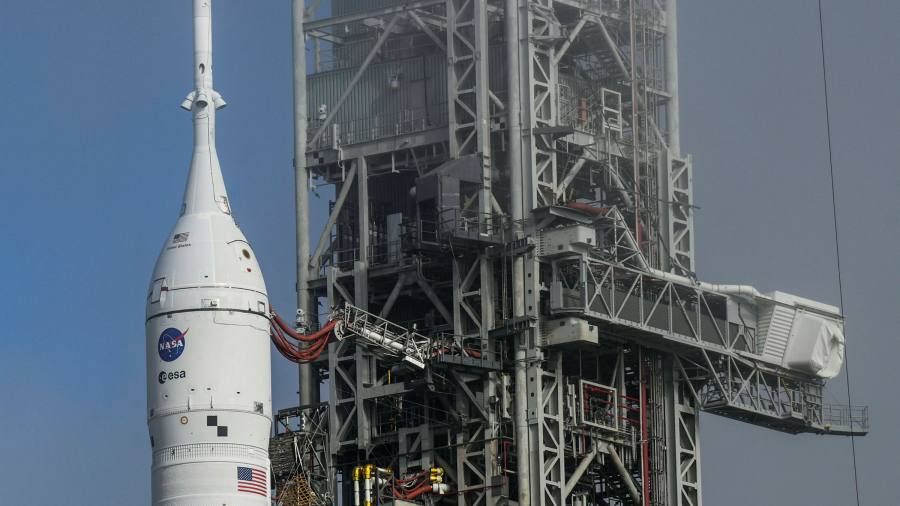 A new chapter for space travel and an anniversary for NATO

This article is an on-site version of our The Week Ahead newsletter. Sign up here to receive the newsletter straight to your inbox every Sunday

Hello and welcome to the working week,

As TS Eliot wrote in his poem “The Waste Land”, “April is the cruellest month”. I say this not only because this week marks the start of the UK fiscal year, but also because the centenary of what was one of the most important poems of the 20th century is celebrated in the financial center of London from this Thursday with a festival in 22 churches in the city. .

It’s hard to be optimistic about world events right now. What will happen in Ukraine? It is impossible to predict. But there will be many other meetings, first between the foreign ministers of the member countries of NATO, which coincidentally celebrates its 73rd anniversary on Monday. There will also be a meeting of EU finance ministers for the Ecofin conference, whose agenda includes an attempt to assess the economic impact of the conflict.

Ukrainian President Volodymyr Zelensky is continuing his (virtual) tour of Western parliaments to rally support – this week addressing the elected chambers of Dublin and Athens. Another fortuitous anniversary: ​​this Thursday is the seventh anniversary of the declaration of the Donetsk People’s Republic as a breakaway region from Ukraine.

Are there reasons to be happy? Well, there will be firsts for space travel this week. On Monday, Nasa will hold a press conference to discuss the final stages of testing – called a “wetsuit rehearsal” – for its Artemis 1 rocket. The Artemis program aims to return astronauts to the Moon and establish a long-term lunar colony. term as a precursor to human exploration of Mars.

Then on Wednesday, Axiom (or Ax-1), the first fully private astronaut rocket mission to the International Space Station, is to launch from NASA’s Kennedy Space Center in Florida.

This weekend, democracy in Western Europe will be in the spotlight with the first round of voting in the French presidential election on Sunday.

It wasn’t too long ago that it could be said that none of the 11 challengers looked close to unseating incumbent President Emmanuel Macron, but he now warns he could lose the election to the far right. The fear is that Macron’s overwhelming success in the polls will foster voter apathy and a latent disillusionment with centrist politicians, as this excellent Big Read explains.

You can get the latest updates on French polls by clicking here. You can also vote on The Week Ahead by emailing me at [email protected] – I remain open to suggestions on what to include and omit. Thank you for your feedback.

Central bankers’ thoughts on the inflation conundrum will become a little clearer this week with the release of the minutes of the Federal Reserve’s latest meeting.

IHS/Markit will provide international comparisons on productivity, services and manufacturing with the release of its Purchasing Managers Index data for Europe, Asia and the United States.

We are between earnings seasons, so the main events on the corporate agenda this week are the annual general meetings, including nokia — which recently reinstated its dividend — on Tuesday, UBS on Wednesday and Rio Tinto Friday.

Here’s a more comprehensive list of what to expect in terms of corporate reports and economic data this week.

Finally, here’s a look at some of the other events and milestones from this week.

Finally, this week sees the launch of Working It, a new newsletter from Editor-in-Chief Isabel Berwick on the big ideas shaping today’s workplaces, from the future of hybrid working to the effects of the Great Shakeup. Register here.

Newsletters recommended for you

The road to healing — The impact of Covid on the global economy, markets and businesses. register here

Buy or sell: Steelers should draft DL early regardless of Tuitt’s status