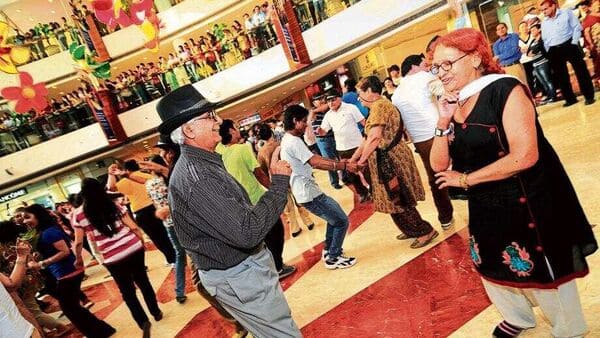 Aging India: Time for us to prepare for the inevitable

While India has been quite successful in reducing fertility and mortality over the decades, with our demographic transition at different stages in different states, we are heading towards a situation where the population over 60 is steadily increasing across the country. Demographic trends and forecasts undertaken by the government and several other agencies highlight that aging is expected to be one of the most critical concerns for India. This warrants serious and immediate consideration at the political and political level due to several factors that we discuss below.

First, although the proportion of elderly people in the overall population is low (8.6%), their overall number is very high (104 million), according to the 2011 census. This figure is expected to more than double by 2036 to reach 225 million, then reach 425 million by 2061, which would represent a fourfold increase in 50 years. We should also keep in mind that this proportion of the total population is different in different states. It is lower in north-central states and higher in southern states. Elderly people range from 7.4% in Bihar to 12.6% in Kerala, according to the 2011 census. Similarly, by 2041, their projected population share will rise from 11.6% in Bihar to 23.9 % in Kerala. This underscores the need for a differentiated approach to planning for older adults in all states.

Third, India is getting old before it gets rich. A 2012 study by the United Nations Population Fund shows that poverty rates are higher among older people, with a large proportion of them being economically fully dependent (52%) and partially dependent (18%) others for their livelihood. Many older people continue to work or are forced to work due to economic conditions. The proof lies in the fact that 9.3 million people aged 61 and over received work benefits under the Mahatma Gandhi National Rural Employment Guarantee Act (MGNREGA) program in 2019-2020. In 2021, nearly 10% of total MGNREGA workers were 61 or older.

We should also bear in mind that around 90% of the workforce in India is in the informal sector, which provides poor social protection for the elderly, compounded by their relatively low savings.

Fourth, service coverage for the elderly is also low. Social security coverage is only about 20% in the country, while health insurance coverage is about 25%. In addition, 85% of pension recipients use their pension for food, other subsistence needs and health care. Of those over 60, 10% (about 10 million) suffer from physical immobility and 10% are hospitalized each year. Among the population over 70, 50% suffer from one or more chronic diseases. The disability rate was 51.8 per 1,000 for those 60 and older and 84.1 per 1,000 for those 80 and older, compared to 22.1 per 1,000 for the general population at the 2011 census Other data released recently by the Longitudinal Aging Study of India (LASI), India also hints at a similar situation.

Given that we are certain of a considerable increase in our elderly population in the coming decades, the level of social coverage and access to health services for the elderly is quite low. There are a plethora of programs for older people, but they are tokenistic and lack the depth and financial support needed to have a meaningful impact.

The country unveiled a national policy for the elderly in 1999, followed by plans to implement the policy over the years. India can take credit for even predating the Madrid International Plan of Action on Ageing, and in some ways even influencing it.

States such as Kerala, given the large size of its elderly population, have tackled the problem with initiatives and budgetary allocations right from the panchayat level. Over the past two years, the Ministry of Social Justice, whose aging is only a small part of its mandate, has worked to find innovative solutions, but has struggled for lack of financial support, to pursue these and other solutions in the pipeline, at least at the scale at which they need to be implemented.

Finally, given the scenario of a rapid increase in the size of the elderly population of India (at a higher rate in some states) and the poor financial situation of the elderly and the lack of financial support for programs in implementation, we need high-level political commitment on this issue.

There is a lot to learn from countries like Taiwan and China on this front. If aging issues are not addressed now, with proactive and forward-looking policies and programs at the national and state levels, with the engagement of business and civil society, it could lead to a situation like the one that we are currently faced with low skills among young people that should have been addressed with sincerity decades earlier.

Now is the time to plan for the decades to come. India cannot afford to let elders disappear from the collective consciousness of the country.