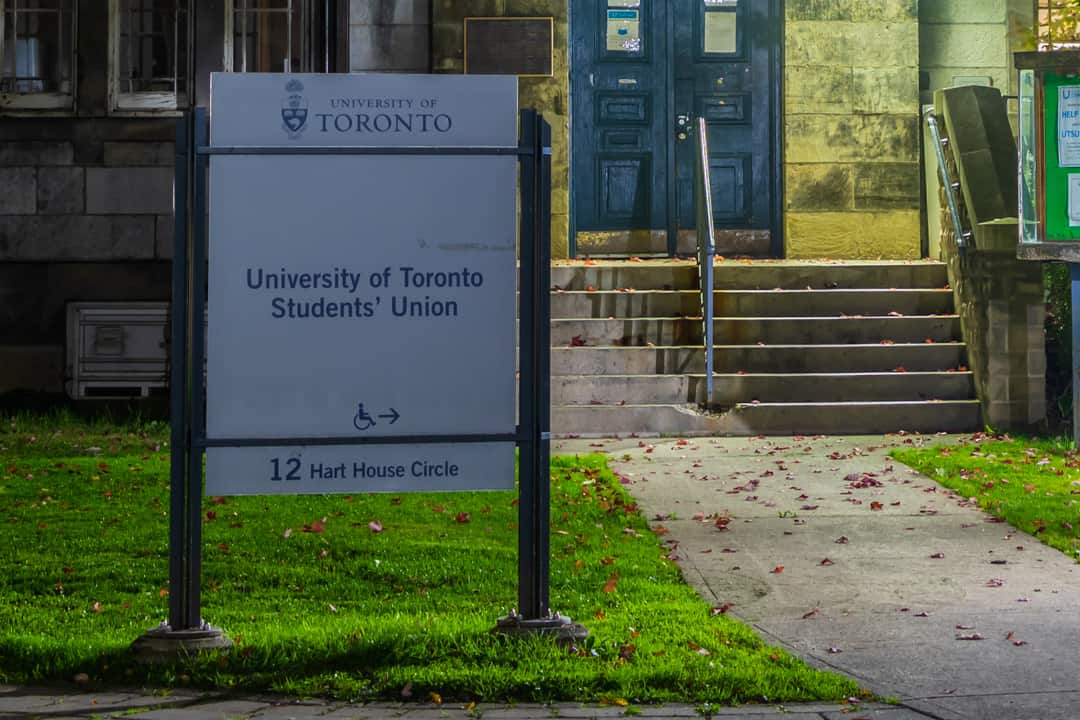 Leaders also answered questions from attendees, including questions about how UTSU would maintain its advocacy efforts after Vice President of Public and Academic Affairs (VP ​​PUA) Catherine Lai resignation. Many also complained that the timing of the AGM was inconvenient as it was Thanksgiving weekend.

Fiona Reuter, Vice President of Operations at UTSU, presented the audited financial statements for the 2020-2021 academic year. Highlights included UTSU’s strong financial position, an increase in the union’s health and dental reserve, and higher spending on employee salaries and benefits.

UTSU’s health and dental reserves have also increased. According to Reuter, this means the union is prepared for years when there may be more complaints, such as the last academic year. In addition, the union switch to Green Shield insurer means they won’t need to increase fees for the next two years.

However, the income that UTSU has earned in several different streams have declined over the past year due to the pandemic. The union did not have the opportunity to make money from advertising or sponsorship, and it did not conduct any TTC ticket sales.

Because of its move on to the student community, the union had to increase its expenses to pay new staff and furnish the building. While her club grant spending declined last year due to the pandemic, she hopes to give clubs more financial support in the coming academic year.

Reuter stressed that the union also hopes to become more transparent with its finances. She encouraged students to ask questions, contact her, or visit the website for more information.

Amendments to the statutes

UTSU members voted to accept a number of amendments to the UTSU statutes, which Reuter echoed in a presentation. The amendments include the removal of gendered language, the simplification of electoral procedures and the modification of the policy for dismissing leaders.

By combining the referendum charter with the electoral procedure code, UTSU hopes that it will become more accessible to students. The union will also add a clause explaining the procedures to be followed in filling seats left vacant after executive and internal elections.

The rationale of the rulers for changing the policy of removing rulers was that the current policy encourages “toxicity.” UTSU hopes the amendments will put the responsibility of executives in the hands of members by allowing them to vote against executives.

Some attendees complained about the AGM’s date, which they said was inconvenient as it took place over Thanksgiving weekend. They also questioned the requirement that student clubs must send a representative to the AGM in order to achieve recognized club status. They added that attending the AGM can be difficult with school and other responsibilities, and attendance should be optional.

UTSU President Alexa Ballis responded that UTSU would review the policy, which was in place long before this year.

Ballis also responded to questions about the vacant PUA vice president post. Members asked how leaders prioritize advocacy efforts without a VP PUA, who is usually in charge of advocacy.

Ballis responded that executives are currently dividing responsibilities for the vacant position, focusing on advocacy surrounding the return to campus. She highlighted current causes UTSU has paid attention to, such as the multi-tenant housing framework that the City of Toronto will be voting on soon, as well as advocacy around sexual violence.

Ballis also clarified that if no one runs for the post of PUA vice president in the fall by-elections, the post will be filled through an appointment process, as was done in the spring after the only candidate for the post canceled his candidacy.

In response to a question about the Student Commons, Ballis said UTSU aims to open an event space by January, but hopes it will be available sooner.

Fatemeh Nami asked if there were any additional checks and background checks for members of the equity and accessibility committee. Ballis replied that there is not, but that UTSU will seek to put one in place.

Lawyer and developer Broughton fight for mayor of Bremerton