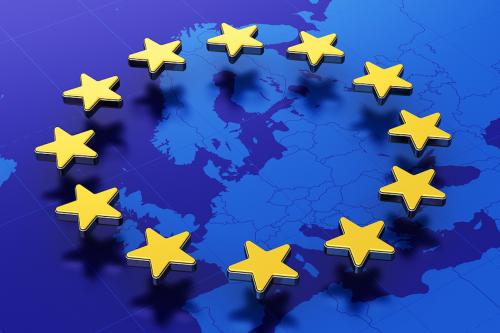 On June 21, 2022, the European Parliament (Parliament) and the Council of the European Union (Council) reached a provisional political agreement on the Corporate Sustainability Reporting Directive (CSRD).1 As of June 27, 2022, the agreed text has yet to be made public.

The CSRD proposal, first presented by the European Commission (the Commission) on 21 April 2021, provides for the adoption of EU-wide sustainability reporting standards and aims to revise and strengthen the rules set out already in 2014 in the directive on non-financial reporting. (NFRD).2 The new proposal follows Parliament’s request to extend the scope of the NFRD beyond public interest entities. In addition, the evidence gathered by the Commission revealed shortcomings in the current non-financial reporting framework, which makes it difficult for investors and other stakeholders to compare publicly available information, resulting in a lack of accountability of reporting companies.

With the new proposal, the European Union aims to achieve more comprehensive and meaningful sustainability reports that not only include information on climate-related topics, but also on other issues such as biodiversity, social rights and human rights, taking non-financial reporting to a new level.

SCOPE OF THE CSRD

The new reporting requirements will apply to all large companies (listed and unlisted), i.e. companies with more than 250 employees and 40 million euros in turnover, as defined in the accounting directive.3

The new rules will also apply to listed small and medium-sized enterprises (SMEs). Following Parliament’s proposal, an opt-out clause has been introduced in the proposed text, allowing SMEs in the scope to opt out of CSRD requirements until 2028.

AUDIT OF THE SUSTAINABILITY REPORT

The CSRD provides that sustainability information to be disclosed by covered companies will need to be independently audited and certified by an accredited independent auditor or certifier, just like financial information. This obligation effectively results in matching the level of materiality between the two types of reporting, ensuring that companies will comply with the reporting standards adopted at EU level and provide reliable, transparent and comparable data. Extra-financial reporting will be included in the so-called management report, which will contain all the information subject to audit.

In the initial proposal, the Commission proposed that the assurance of sustainability should be carried out by the statutory auditor or the audit firm, arguing that this would contribute to consistency between financial and non-financial auditing. However, under the interim agreement, the audit of non-financial information will also be open to other auditors and assurance providers, provided they obtain non-financial audit certification.

The accreditation process for non-financial auditors and assurance providers will be conducted at the national level. In addition, Member States will also set requirements to ensure the quality of the assurance engagement carried out by independent assurance service providers; the requirement should also ensure consistent results in ensuring sustainability reporting.

The European Financial Reporting Group (EFRAG) will be the authority in charge of setting up European sustainability reporting standards. Standards will build as much as possible on already existing international standardization initiatives and relevant EU policies. EFRAG is expected to publish some first general standards in early summer 2023 and standards for companies in specific sectors are expected to be published in June 2024.

The CSRD sets a precedent for sustainability reporting, broadening the scope to include not only environmental topics, but also social and human rights, biodiversity and work ethics. In addition, for the first time, financial and non-financial reporting are considered equally important.

Reporting must be carried out in accordance with the new European sustainability reporting standards put in place by EFRAG. The information provided by the companies will then be audited by independent and certified auditors.

The Parliament and the Council must formally approve the provisional agreement, after which the CSRD will be published in the Official Journal of the EU. It will enter into force 20 days after its publication and its provisions will have to be transposed into the national legislation of the Member States within 18 months.

2 Directive 2014/95/EU of the European Parliament and of the Council of 22 October 2014 amending Directive 2013/34/EU as regards the disclosure of non-financial information and information on diversity by certain large companies and certain groups.