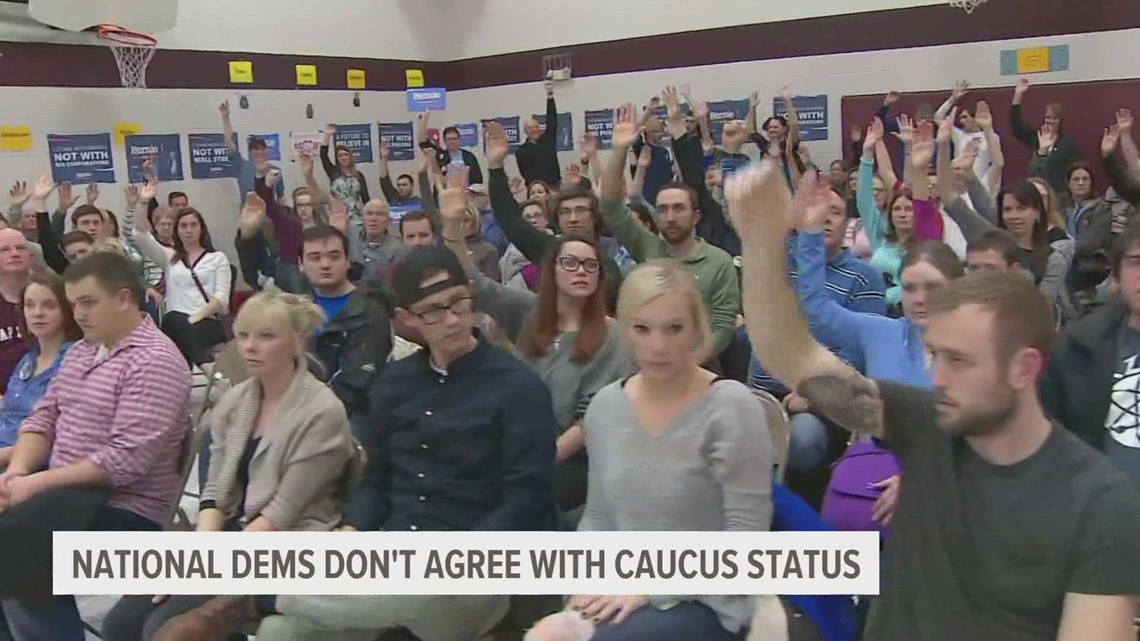 Scott Brennan, the only Iowan on the DNC rules and regulations committee, said he was concerned about Iowa’s placement for the 2024 season after Saturday’s meeting.

IOWA, USA — Iowa’s future as the first state to hold presidential caucuses hangs in the balance after a Democratic National Committee (DNC) meeting on Saturday.

Scott Brennan is the only Iowan on the DNC’s rules and regulations committee, and he recognizes there’s a lot of work to be done to keep the state’s spot.

While some committee members have expressed skepticism about whether Iowa should remain first in the nation, Brennan believes changing the schedule would eliminate retail politics, which has a history of making good candidates.

“That’s the beauty of Iowa…Barrack Obama was able to come to Iowa. The little-known senator from Illinois and eventually became the nominee,” Brennan said.

“He was a little-known mayor from South Bend, Indiana. So people like that have a chance to really shine,” Brennan said. “If Iowa isn’t first in the process, I think it’s going away.”

He said if Iowa loses its spot, presidential politics will become about money. He fears that the focus will shift to big states and already known candidates.

Iowa Democratic Party Chairman Ross Wilburn echoed those concerns in a statement to Local 5 that read:

“I was concerned about some of the comments made during Saturday’s DNC Rules and Regulations Committee meeting and disappointed that the unique nature and nuances of the Iowa Caucus did not receive adequate attention in the conversations. Clearly we have work to do to educate the [Rules and Bylaws Committee] on the many compelling reasons why Iowa should stay first.”

“There is concern that caucuses, by their nature, need to be at a certain time of day for several hours,” Kedrowski said. “In the evening it forces people to leave their homes and what could be cold and unpleasant weather.”

She said that raises concerns that the process is exclusive.

“Another concern is that Iowa as a state isn’t as diverse as the nation,” Kedrowski said.

Saturday’s meeting was not the deciding factor in the fate of the Iowa caucus position. The DNC will hold another meeting in March, followed by monthly meetings until their convention in August.

Once the committee has established the caucus schedule, the full DNC can adopt or reject it.

“President Kaufmann has worked with leaders across the country to keep Iowa number one in the nation. He continues to stand arm-in-arm with Iowa Democrats and Chairman Ross Wilburn to preserve the status of “Our caucus. Iowa’s caucuses are a long-standing tradition that ensures anyone in this country can be president. It will take all of us working together to protect them.”

WATCH | Breaking Down Tax Reform Proposals and an Update on State Afghan Refugees: “This Week in Iowa