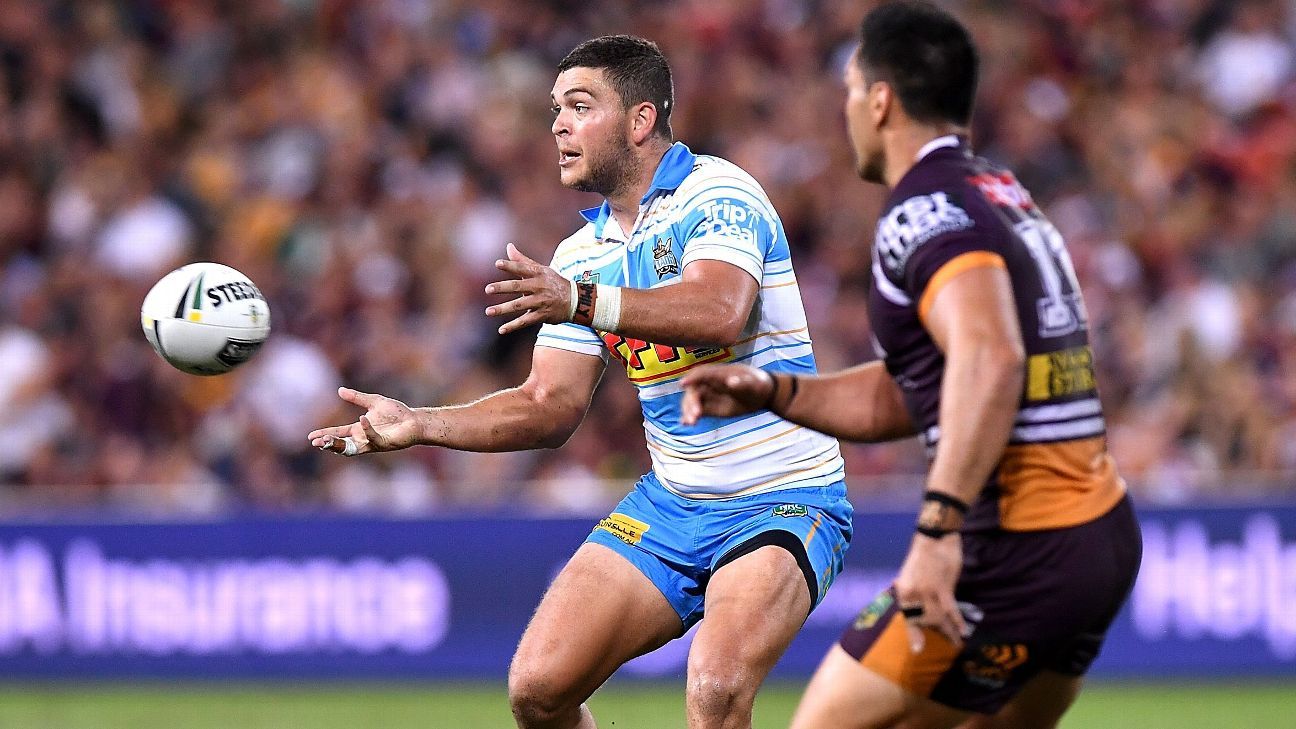 Six months after being left on the NRL scrap heap, former Gold Coast millionaire Ash Taylor will return to the NRL against the Titans.

Nathan Brown in turn moved Chanel Harris-Tavita to the five-eighth, with Reece Walsh returning from suspension at fullback.

When Taylor signed with the Gold Coast from Brisbane in 2017 on a $1m-a-year deal, many expected him to be the NRL’s next big thing.

But his form plummeted amid several injuries to the point that his career looked in jeopardy at the end of last year before he landed a practice and tryout deal with the Warriors.

The 26-year-old has since admitted he didn’t handle the Titans’ big money status and expectations well.

“I felt like I was ready for it, but obviously I wasn’t,” Taylor said in December.

“Life goes on, I can’t get stuck in the mud. I want to keep moving forward in life.

“My mind is much more relaxed than it was.

“After a big contract, it was just a weight lifted off my shoulders.”

Taylor’s return comes in a string of big-name comebacks, with the half set to score against former teammate AJ Brimson after the Titans recovered five-eights from a groin injury.

Tevita Pangai has been named to face Brisbane on his Canterbury debut, marking his first clash with his former club since his ugly exit last year.

Much of his job will be to help pressure Adam Reynolds, the Broncos halfback playing his first game of the year after recovering from COVID-19.

George Burgess will play his first NRL game since 2019, being named on the bench by St George Illawarra to face Penrith with Aaron Woods injured.

Do you like the NRL? Australian users can personalize their ESPN experience by downloading the app. Get live scores, news and videos EVERYWHERE, AT ANY TIME.

Dragons coach Anthony Griffin has once again ruled Tariq Sims out of his squad, naming him on an extended bench at No.20.

Griffin is monitoring Sims fitness, but the NSW State of Origin second rower is also free to look elsewhere for a new deal and has sparked interest from Melbourne.

Cameron Munster and Harry Grant are back from suspension for the Storm and will face Latrell Mitchell in his return match for South Sydney in Thursday night’s blockbuster.

But Melbourne’s depth is under pressure again after a high-profile injury week, with Josh King named to start locking in front of an inexperienced bench.

Parramatta was also tested, with Sean Russell’s fractured ribs forcing Waqa Blake to move to the wing and Tom Opacic to enter at left centre.

The Eels at least have Nathan Brown back, with Ryan Matterson dropping out of the side.

In Canberra, Matt Frawley is the man to claim the No.7 shirt with Brad Schneider missing the clash with North Queensland due to COVID-19.