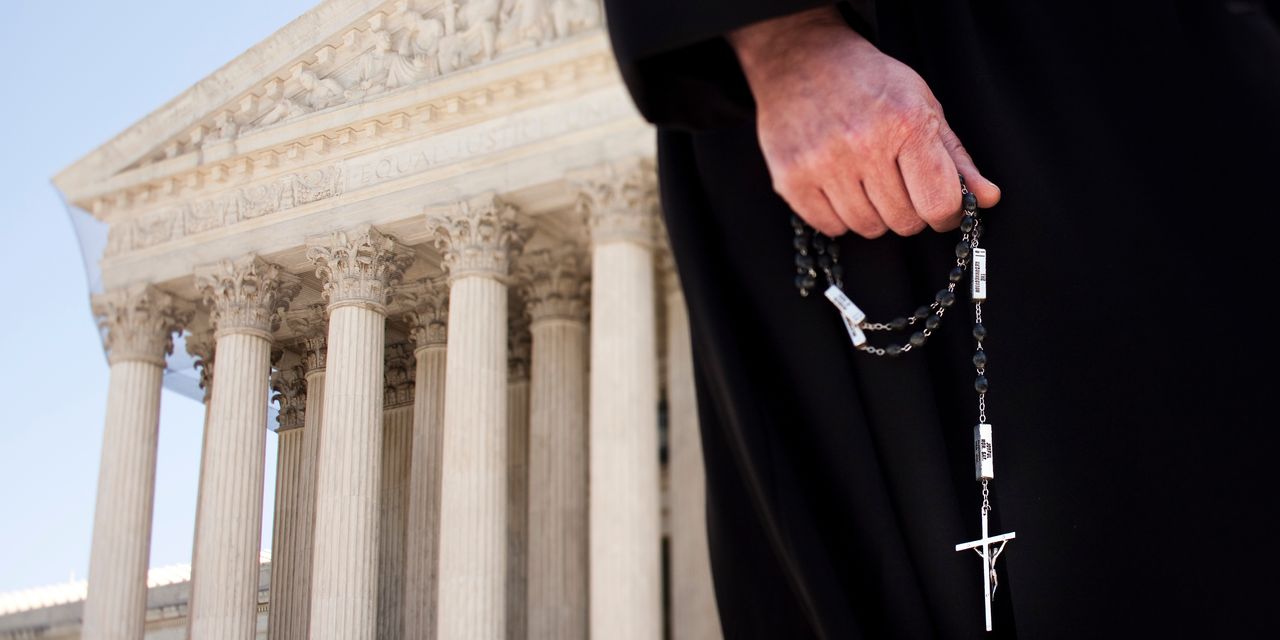 Religious schools and the Constitution

Maine has one of the oldest educational choice systems in the country, a tuition program for students who live in areas that do not run their own schools. Instead, these families choose a school and the public funds go towards enrollment. Religious schools are excluded, however, and on Wednesday the Supreme Court will hear from parents who have carefully read the First Amendment.

seems familiar, this is because last year the judges ruled on a similar dispute in

Espinoza v. Montana Dept. of Revenue. Parents won this one because the court made another strong ruling on religious freedom. “A state doesn’t need to subsidize private education,” Chief Justice John Roberts wrote for a 5-4 majority. “But once a state decides to do it, it can’t disqualify some private schools just because they’re religious.”

So what’s the difference this week? Maine says it does not deny funds based on a school’s religious ‘status’: “To be clear, religious organizations that are willing to provide education comparable to public education are eligible to receive public funds. . Rather, the state claims it simply refuses to allocate money for “religious use”, in particular, “education designed to proselytize and instill in children a special faith.”

In practice, this distinction between “status” and “use” collapses. Think about it: Maine is happy to fund evangelical school tuition, as long as nothing evangelical is taught. Hmmm. How is this supposed to work for a faith that makes everyday life sacred? When assessing the religiosity of a Jewish or Islamic school, will Maine require whether prayer is allowed or whether students can bring BLTs for lunch?

A group of parents named in the case would like to choose a Christian school called Temple Academy, but they can’t afford to turn down the tuition money. The record says Temple Academy is “fully accredited” and complies with the state’s “compulsory education law”. What is in question is not the rigor of the mathematics program. The state brief indicates that the academy “refuses to admit homosexual or transgender children, as well as children of homosexual parents.”

Many Americans are against it, but many are also against what their public schools teach about sex and gender. Why is pluralism not the answer? As the Cato Institute argues in an amicus brief, Maine “could be considered as the promotion of a type of ‘religious’ establishment that is specific to it: secularism”. A state cannot subsidize tuition only for private schools with government-approved values, and trying to define the product as “secular education” betrays the game.

As to the difference between religious “status” and “use,” parents say Maine offers the empty freedom of Oliver Cromwell. “I do not interfere in the conscience of any man,” Cromwell wrote of Catholicism. “But if by freedom of conscience you mean a freedom to perform Mass, I think it is better to use clear treatment and let you know that where the Parliament of England has power, it does not. will not be allowed. “

America’s founders knew what they were doing when they wrote the First Amendment to protect “free exercise” of religion.

Published in the print edition of December 8, 2021.

An intrinsic calculation for XPO Logistics, Inc. (NYSE: XPO) suggests it is 35% undervalued