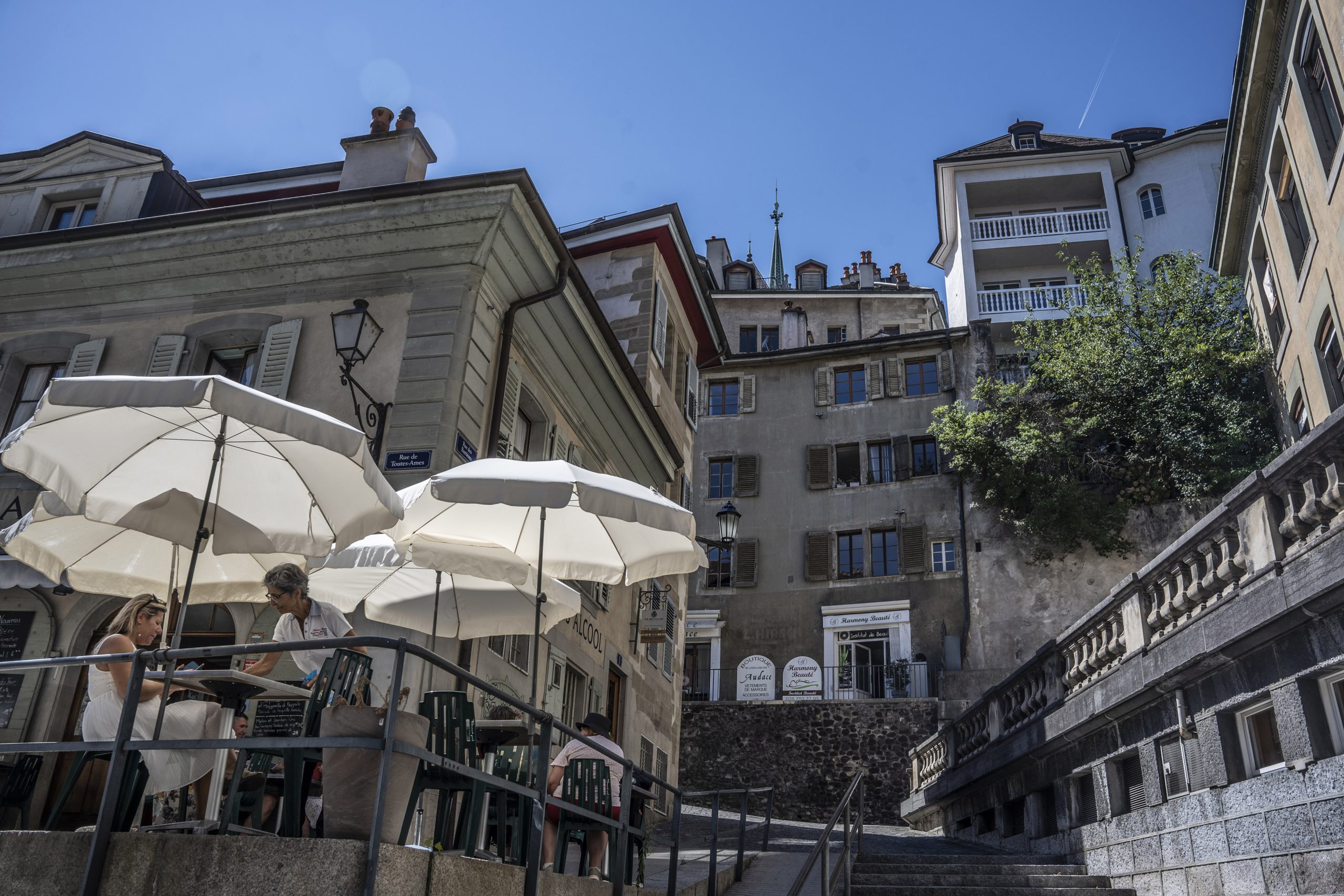 While the prosperous nation of 9 million has seemingly low inflation, monetary policy mistakes have eroded purchasing power and clouded its economic future.

Switzerland is renowned for its responsible fiscal and monetary policies. The reported inflation rate of 3.4% in June 2022 seems to corroborate this picture, especially when compared to 8.6% in the euro zone and 9.1% in the United States. The problem with this image is: it is fake.

The Swiss reality is rather marked by an ultra-lax monetary policy and a decline in purchasing power since 2015. The Swiss situation serves as a textbook case of the many faces of inflation, a multifaceted phenomenon barely captured by inflation rates.

This loss, however, does not occur uniformly across the economy. The prices of some goods may rise faster than others, leading to greater disparity in the relative prices of goods. Moreover, the rise in prices is only one of the manifestations of the loss of purchasing power, alongside soaring valuations real estate or publicly traded securities and negative interest rates.

In other words, considering the consumer price index as an approximation of inflation does not give the whole picture. Inflation, the swelling of the money supply, manifests itself in different ways in different sectors of the economy.

With the aim of consciously weakening the Swiss franc, the Swiss Central Bank has embarked on a prolonged phase of accommodative monetary policy. In January 2010, the Swiss monetary base aggregate was approximately 87,000 million francs. In January 2020, it was around 589,000 million, peaking at around 757,000 in April 2022, with only a slight decline since then. In 12 years, the monetary base has widened 8.7 times.

This unprecedented ballooning was first defended on so-called technical bases. The central bank, seen as committed to price stability, wanted to fight impending deflation. (One might wonder why? Deflation, the gain in purchasing power, can be economically viable. But that’s a question for another paper.) Increasingly, the bank’s true goals have become clearer. . The weakening of the Swiss franc was a political decision by a politically motivated central bank aimed at helping exporters through devaluation. Since the start of this policy in 2010, its balance sheet has grown at unprecedented rates. As it proved unsustainable, the central bank decided to change its modus operandi by introducing a short-term negative policy rate. At the beginning of 2015, this rate fell from 0.25% to -0.75%. Since then, it has remained negative. Even after a very modest increase in June 2022, it is still -0.25%.

The Swiss are becoming less optimistic about the economy

None of the targeted objectives was achieved. The Swiss franc appreciated against the euro, breaking parity in 2022 and since then becoming slightly more valuable than the European currency. The central bankers wanted to keep the Swiss currency at what they called the “fair” exchange rate of 1.20 francs per euro. The central bankers also failed on their other objective. Between 2010 and 2020, the annual inflation rate measured by the consumer price index was six times negative, that is to say deflationary. In the other six years, it remained below 1%, and therefore below the policy range of 1-2%.

Central bankers expanding the supply of currencies have neither kept the Swiss franc at its “right” exchange rate against the euro, nor achieved their goal of fighting deflation. But that’s only half of the Swiss failure story. The other half is marked by the sectors in which a huge loss of purchasing power has occurred – due to the actions of the central bank.

Along with Swiss money supply inflation, the country’s residential housing price index rose from around 130 points in 2010 to 190 in 2021. This represents an increase of more than 46%, or around 4% compared to year. This is much more than the evolution of wages, which are, on average, corrected by the consumer price index. The result is that house prices have gone up in real terms. With them, rents and other property-related prices have made life less affordable, especially for the middle class.

Then, the Swiss Market Index went from around 6,500 points at the start of 2010 to around 12,900 at the end of 2021; even after all the turmoil this year, it’s still above 11,100 points. At its peak, the publicly traded equity market nearly doubled. It is still trading around 70% higher than in 2010. Over the same period, the Swiss economy grew by around 20%. Again, this difference is a sign that the increased monetary base did not enter the real economy, as hoped, but remained in the financial markets, causing asset price inflation.

The reason for the apparently low inflation rate in Switzerland is the failure of central bankers to devalue the Swiss franc.

A third channel through which the central bank’s inflationary policy spread was via the pension system. One of the main reasons why the Swiss are relatively well-off is the compulsory but defined-contribution system of old-age provision. Currently, the entire system has around 1.3 trillion francs under management. The negative interest rate has reduced some of these assets. First, the negative rates were applied to the liquidity of the pension plan. Second, it sent the bond market into negative territory and reduced pension fund returns. Third, it led many funds to seek out risk that was not properly compensated by premiums. Negative interest rates have eroded at least 50 billion francs from contributions to the scheme.

The Swiss case shows how an inflated money supply leads to a loss of purchasing power. This loss cannot only be thought of in terms of the consumer price index because money diffuses differently in different sectors of the economy. In the Swiss case, the ultra-loose monetary policy has led to an unprecedented rise in the cost of real estate, asset price inflation and the deterioration of pension funds. On the other hand, this inflationary policy did not achieve any of its declared objectives – to devalue the franc and to prevent episodes of deflation.

How can this continue to grow? There are three main scenarios.

In the best-case scenario, Switzerland is hit by a hard but short recession that corrects prices in the real estate and financial markets, forcing the central bank to raise rates to around 2% and reduce its balance sheet. This is also the best case scenario, as it could stop the overheating of the Swiss labor market and trigger an increase in economic productivity.

In the most likely case, excessively loose monetary policy will turn into loose policy. Rates will be adjusted to a low positive level, between 0.5 and 0.75%, and asset and house prices will continue to rise. Ironically, the strong Swiss franc absorbs some of the inflationary pressures from Europe and the United States. In this case, Switzerland will continue on its trajectory of sluggish growth, an accelerating labor market and expanding balance sheets.

In the worst case – in addition to other maladjustments of the Swiss economy to the ultra-expansive monetary policy – ​​inflation is also felt in the consumer price index. This is likely to happen if the labor market accelerates even more and salary increases of around 2-5% are negotiated. In this case, the central bank will not be able to cope with price increases. Since the increase occurs without a similar increase in productivity, this scenario is likely to lead to stagflation.

The case of Switzerland shows how multifaceted the loss of purchasing power of money is. It also shows how dangerous it is to conduct an overly accommodating monetary policy, even if the consumer price index does not show inflationary trends. They are there but disguised in other forms.

The image of a responsible Swiss monetary policy is a mirage. It can only be maintained because of the nation’s quiet reputation and because its harmful results go unnoticed. The reason for the apparently low inflation rate in Switzerland is the failure of central bankers to devalue the Swiss franc.

Note also that the current drivers of inflation – in Switzerland and elsewhere – are all policy failures: loose monetary policy, severe Covid-19 lockdowns and subsequent surge in supply and demand, explosion in prices of energy due to political myopia and ideology, de-globalization because of protectionism and commercialism, and war. The massive loss of purchasing power now occurring can be attributed exclusively to too much central planning.

Moody’s raises the credit rating of the Air Liquide group